You are here: Home / Get Real! / Are You Still On The Bus? Reversing Diabetes!

These past couple of weeks we’ve been focusing on re-evaluating “truths” we thought we knew about health. I’ve given you information you might not have seen about heart disease and multiple sclerosis so far. I’ve been encouraging you to open your mind to new ideas from different sources and compare those ideas with what you think you know and be willing to dig a little deeper on your own and learn for yourself instead of just relying on what I or anyone else tells you. This week, I continue to encourage you to begin to compare information from different sources, and look for clues. What kind of clues? Clues of success. Someone can say something works, but where’s the proof?

I want proof before I spend my time or money on something, especially when my health is involved. In matters of health, we must be willing to know for ourselves, not just assume those that we trust to know really know. I encourage you to keep learning and obtaining knowledge pertinent to your health. Knowledge, when acted upon, is power, and that power could save your life.

At the young age of 32, my husband nearly lost his life. I came home from work to find him in extreme pain lying on the couch. I took him to the doctor where they transported him via ambulance to the local emergency room where it was determined he was suffering from acute pancreatitis. He was in the ICU for about 10 days where he was not allowed to eat or drink anything, and he continued to be in pain. A friend of mine later told me her brother-in-law, who was a doctor, told her not to be surprised if my husband died. She didn’t tell me that until later, thank goodness.

During his stay in the hospital, it was determined that his attack of pancreatitis had likely been brought on by extremely high levels of fat in his blood as well as uncontrolled diabetes, which he was unaware he had. They were having a lot of trouble getting his blood sugar level stabilized. In addition to the problems with his blood sugar and cholesterol, he had high blood pressure as well. All this at 32. I was beginning to wonder what his future would be like with all these conditions. 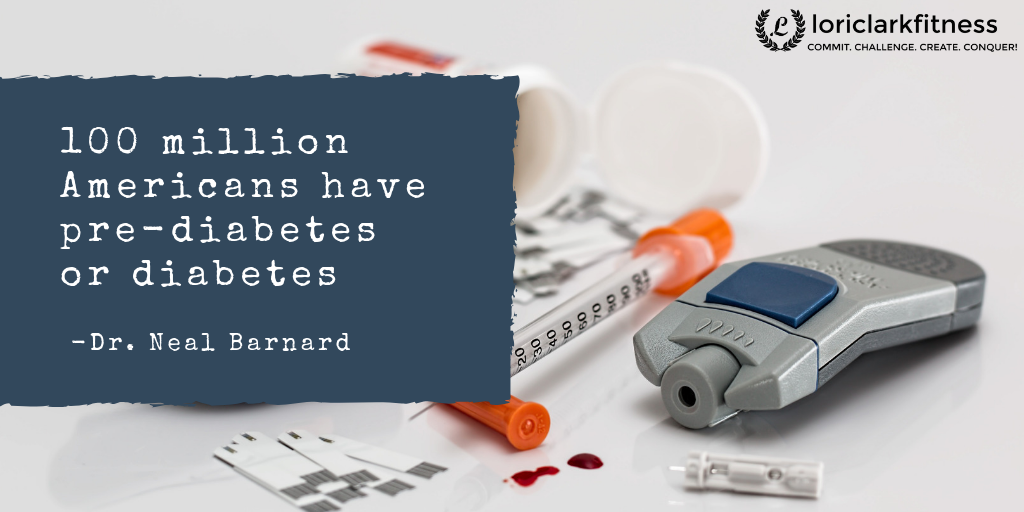 I didn’t have to wait long before being told what the future held for him. His doctor put him on several different prescription medications, including insulin, which she said he would be on for the rest of his life. I looked at her and said, “Over my dead body!” She looked at me like I was nuts, but a life full of pills and needles did not sound acceptable to me. We were only 32 years old, for goodness sake! I knew the body had an amazing capability to heal when given the right circumstances, yet she had not mentioned one word about how changing his diet and beginning an exercise program could help him. In fact, the only advice he was given left him confused and almost in tears.

I arrived at the hospital to find my big, strong, six foot six hubby almost to the point of tears. When I asked what was wrong, he told me that he was willing to change his diet, but he was confused about the information they were giving him. As it turns out, a few different “experts” from the hospital had come to his room to educate him on how he now needed to eat. He was given one way to eat for controlling his high cholesterol, another for his diabetes, and yet another for his blood pressure. Some of the information was the same, but a lot of it was conflicting, and it had left him feeling helpless. I told him not to worry that I would feed him what I knew was best and we’d get him well. I was determined to get him off insulin and pills. There was only one obstacle to implementing my plan of diet & lifestyle over pills & procedures: my husband.

While he as all for eating better and exercising, he too thought I was nuts when I talked about him getting rid of the meds eventually. He didn’t think it was possible, and it might even be dangerous to try. I was frustrated, but this was not my body or my health. It was my husband’s. He had to be on board with dietary change and exercise for life instead of relying on medications, and he was afraid. Even though I could show him studies and stories of people who had followed the evidence of those studies and been healed, all he could think of was the pain he had been in, and he didn’t want to go back. He trusted his doctor that he would need the medication forever, until I asked him two questions one day. I asked him, “Do you want to get well?” Of course, he said he did. I then asked him, “Do you know of anyone who has taken all the medications you’re taking, gotten completely well, and was able to get off them?” I could see the light bulb go off in his head. I told him that I knew of many people who had, with the help of their doctors, used diet and lifestyle modification to get off medications over time. He was now on board because even though it was hard for him to comprehend how it might work, it was even harder to think he would be dependent on a bag full of pills for the rest of his life. 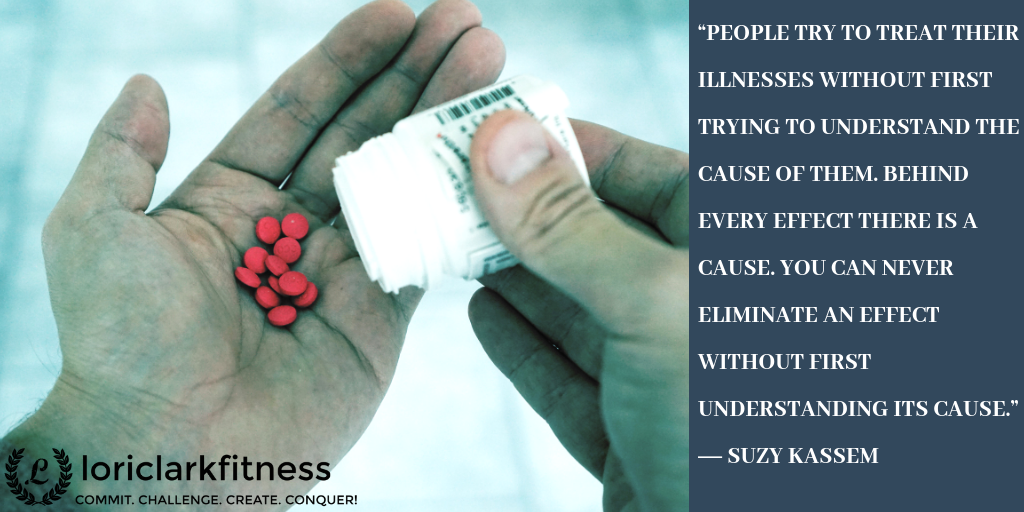 We had to change doctors to find one who was willing to work with us on getting rid of the meds. His new doctor was not only willing, he was enthusiastic. Over time, Brian shed a lot of excess weight along with a bag full of pills. Oh, and as for the insulin, we had him off that within 2 months! Why am I telling you all this? I’m telling you this to show you that it’s imperative that you obtain knowledge about your health for yourself. Look at your behavior. Take responsibility. In many cases, this did not just happen to you. There was a cause. Ask yourself what it might have been. You can’t just leave it to your doctor. Ask questions about what they tell you and ask for data, in writing, to back it up. They are scientists and should be more than willing to share this with you. If they’re not, this should be a red flag.

While there are many great doctors out there, how do you know yours is keeping up with the latest information? What if there’s a better way, and your doctor has no idea about it?  If I had not been studying for myself, who knows where my husband would be today. I’m not opposed to physicians, pills, and procedures. I know sometimes they are necessary, but when you can make a diet and lifestyle change to improve a condition without pills, shouldn’t your doctor know that and tell you about it? I think so. 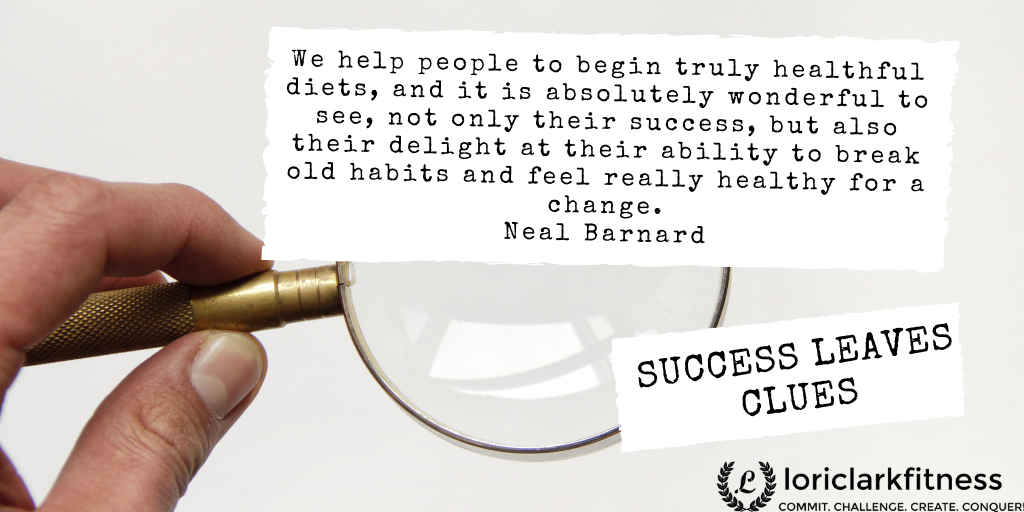 Your doctor should tell you about it, but don’t wait for him/her to do so. Whatever condition you have, research it for yourself. You can find study after study after study on the internet. There are books and websites. Read them. Don’t just rely on a few. What does the majority of the evidence say? Remember, success leaves clues. Of course, be careful about your sources, i.e. what are their credentials, and what do they have to gain by disseminating their information? Money talks, so don’t be fooled by someone trying to convince you of something so they can sell you a product.

I’m not selling you anything. I’m encouraging you to sell yourself on the facts of whatever disease or condition you might have. Be in the know. Take what you find to your doctor. You may have information they don’t have that could help you and someone else. As for diabetes, if you or someone you love has pre-diabetes or diabetes, here are some great resources to educate yourself on what really works. Please read and pass on this information to all you know.

Of course, NEVER, EVER, try going off medication on your own! Take your plan to your doctor and work with them. If they are not willing to work with you, do what we did, and find another doctor. When you radically change your diet, you can radically change your health in a hurry. That’s why it’s so important to be working with your doctor if you are on meds of any kind.

You are an amazing creation, and your body has amazing healing capabilities when given the right circumstances. Always remember that. Are you doing all you can to help your body heal, or are you relying on pills and potions when there could be a better way? You deserve the best. Don’t take the easy way out. Research, read, consult your physician, and begin to be an ACTIVE participant in your healthcare. You’re smart, you’re amazing, and you can do this. Have a great week and stay on the bus with me. You never know where we’ll go next week!